Sa news indeed, Elize Cawood, who is one of the beloved actresses in SA has lost her battle with cancer on Saturday. Elize died at 09:19 this morning after being diagnosed with lung cancer in September, her daughter, Jenna Jo Dunster, said in a Facebook post.

You may also like: Check This Out: Somizi Reveals His Parents’ Latest Gifts

“She was in no pain when she died and my father and I were with her.””Our worlds will never be the same without her, but we celebrate the exceptional person she was.”

“She was diagnosed with lung cancer in September and fought gracefully until the end,” Dunster said.

The award-winning Cawood was married to actor Wilson Dunster.

Elize Cawood is a South African actress known in recent times for her roles in the sitcoms The Coconuts, Andries Plak and Die Uwe Pottie Potgieter. Cawood studied BA Drama at the University of the Free State and started her professional career in 1974 as a member of the Performing Arts Council of the Free State.

May her soul rest in peace and her family find strength.

Uzalo Stops Production Due To Covid-19 As ‘Muvhango’ Resumes 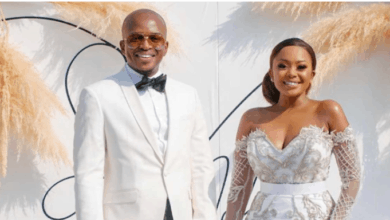