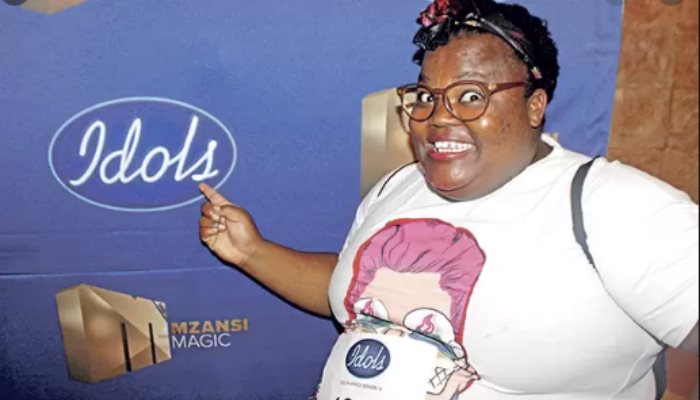 Get To Know Khelina From Diep City In Real Life 2021

Actress Lebohang Mpyana plays the role of Khelina on Diep City. Lebohang Mpyana credits hard work for her success. The 32-year-old from Moletjie outside Polokwane in Limpopo has landed her first TV role. She plays Khelina in the new Mzansi Magic telenovela, Diep City. She’s in her debut role in the Mzansi Magic telenovela and has shared some fun facts about herself and we believe you can’t wait to know more about her.

You may also like: Get To Know Nox From Diep City, Real Name Nozuko Ncayiyane

The 32-year-old actress was born in Ga-Mokgokong, in Moletjie Village outside Polokwane in Limpopo, South Africa.

Lebohang became famous due to her comedy videos on Facebook, Instagram, and TikTok where she makes jokes in Pedi. She first started posting her comic videos on social media last year.

Lebohang loves singing so much, she even once auditioned for Idols and made it to the Idols: Wooden Mic segment. From a very young age, it has always been her dream to be a comedian and to make people laugh, taking center stage wherever she is.

Black Brain Productions and Mandla N announced on social media that they were looking for talent for the new show, and various artists did monologues and submitted them online. Lebohang was one of the few whose videos caught the producers’ eye.

If you’ve just got hooked on DiepCity, make sure to catch up on all episodes on DStv online, and don’t miss new daily episodes every weekday at 20:30!

The Dlaminis prepare Mbali to be a wife, while Lindelani makes the decision to pack up at the hospital: Coming Up On Durban Gen Tuesday 6 April 2021
Rhythm City Reveals Surprising News About Fats,See Here
To Top