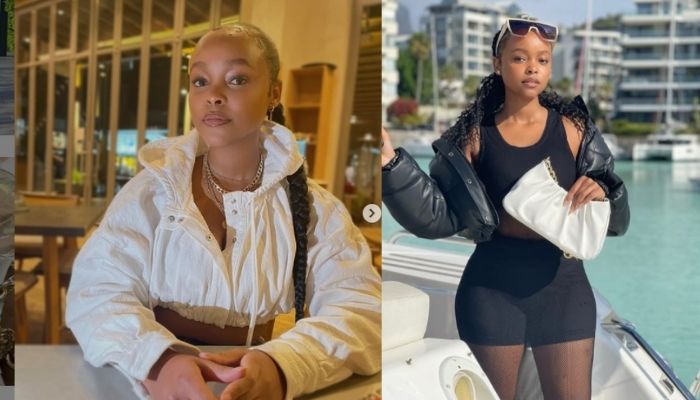 Nandipa Khubone is a 21-year-old actress who hails from Durban in the KwaZulu-Natal. She has been gracing us with her appearance on Gomora. She won our hearts with her good acting skills. Nandipha lays the role of Sibongile, a character that we might not have liked at first as she started off as an ungrateful spoilt girl with a bad attitude. As her character role, Sibongile continued to play, we started falling in love with her as she displayed confidence, determination, and the desire to achieve excellent school marks. We also felt sympathy for her as she lost her mother.

Related: Get To Know Khelina From Diep City In Real Life 2021

The new season of Gomora has been living up to its promise to keep viewers entertained and has kept many locked to their television screens weekdays at 19h30 on Mzansi Magic. We’re seeing a continuation of storylines that have captivated fans from the first season and some interesting characters have come to the forefront. The latest being, Sibongile – Teddy’s half-sister who came from nowhere.

Sbo made a grand entrance after Don introduced her as Teddy’s sister from his previous relationship. This has infuriated Zodwa and brought back old wounds. She can’t seem to forgive Don for leaving her while she was pregnant with Teddy for another woman and now that his life has come to a standstill, he wants to come back into her life and complicate her relationship with Bongani. Here are A few interesting things about Nandipa aside from acting.

Nandipa has a very good sense of style, which is hard not to notice. Her beautiful outfits show her good sense of creativity through combining different clothing items and uniqueness. She also makes a good model.

She studied directing, producing, and filmmaking abroad at the New York Film Academy in the United States of America.

As you have read in the title of the article, Nandi is only 21 years old. Can you believe it? She is definitely doing well in her career for 21 year old.

Nandi used to play small acting roles in primary school and that’s where her passion for acting began. She was born for it.

Continue Reading
You may also like...
Related Topics:Sbo, Sibongile From Gomora